Cookie use on MRCVSonline
We use cookies to ensure that we give you the best experience on our website. If you continue without changing your settings, we will assume that you are happy to receive all cookies.
Accept Policy
Change cookie settings
Lack of council resources affecting animal welfare, charity warns 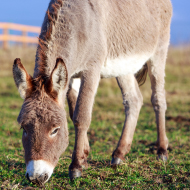 The Blue Cross says that local authority cuts are likely to have had a signifcant impact on officers to enforce animal welfare cases effectively.

Animal charity Blue Cross has expressed concern about a lack of local authority resources and its effect on animal welfare.

The government has made significant local authority cuts in recent years, which the Blue Cross says is likely to have had a significant impact on officers to enforce and investigate animal welfare cases effectively. The charity is now calling for increased resources and training to ensure that officers have the necessary knowledge to apply to all pet welfare legislation.

The call forms part of Blue Cross’ new manifesto, New Parliament, New Start for Animals, which outlines the charity’s recommendations on topics including breed-specific legislation, shock collars, greyhounds and the microchipping of cats. It also includes a push for the regulation of animal sanctuaries and rehoming organisations and the better recognition of the benefits of pets for mental health and wellbeing.

“A new parliament signifies new opportunities and we hope this means significant and lasting change for animals, which safeguards and protects the vulnerable,” explained head of public affairs, Becky Thwaites. “We have a lot of new MP's to get to know and we are looking forward to bringing the issues in our manifesto to the forefront of their minds."

Blue Cross reports that while the majority of animal rehoming centres and rescue centres maintain high standards of animal welfare, some can become overwhelmed and struggle to meet animal welfare needs. As part of its new manifesto, the charity is calling on MPs to open a consultation on regulating such organisations and to introduce an accompanying inspection system to maintain high animal welfare standards.

Blue Cross is also calling on the Department of Health and NHS England to undertake a comprehensive review of the provision of Animal-Assisted Therapy for mental health patients. It comes after its 2019 report, ‘A link in the Chain: Tackling mental health, poverty and loneliness through pet ownership’, revealed the powerful impact pets can have on society.

The charity will be giving the manifesto to MPs, accompanied with a request to discuss the outcome in person. For further information, please visit bluecross.org.uk/manifesto

BEVA has announced that it is cutting membership renewal charges for the next three months in order to support all veterinary professionals during the COVID-19 pandemic.

BEVA president Tim Mair said: "In this extraordinary time of global crisis our profession, as with many industries, is under immense pressure. By offering free membership we are giving equine vets easy access to a wealth of supportive resources and online CPD."

LOVE Gorgie Farm in Edinburgh is looking for people with veterinary and animal care experience, who would be interested in volunteering to help care for its animals during these difficult times.

The community-owned charity farm opened to the public only last month, but decided to close temporarily amid the COVID-19 pandemic. Its three-person team is working to care for the animals behind the scenes and the farm is now operating as a food bank for the public, delivering free breakfasts to local school children.

In an effort to build a contingency plan to secure the welfare of its animals, LOVE Gorgie Farm is looking for volunteers who would be able to step in if any team members fell sick or needed to self-isolate.